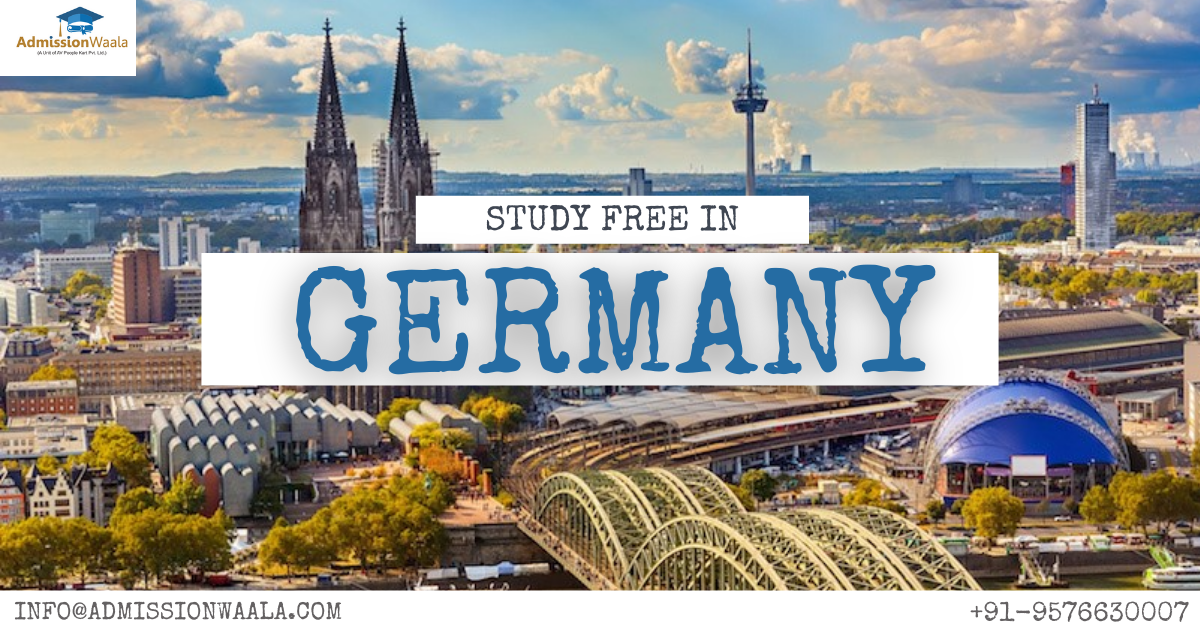 Germany, officially the Federal Republic of Germany, is a country of Northcentral Europe with a landscape of forests, rivers, mountain ranges, and the North Sea beaches. The Federal Eagle is the richest in tradition. Its capital is Berlin which is home to art and nightlife scenes, the Brandenburg Gate, and many other famous sites. Other known cities are Munich and Frankfurt. Munich is known for its Oktoberfest and beer halls and Frankfurt, with its skyscrapers, houses the European Central Bank.

Germany is composed of 16 States and the most densely populated countries in the world.

It is one of the world’s leading book nations and it publishes around 94,000 titles every year. The first printed book was in German. German is the most widely taught third language across the world and it remains the language with the most native speakers in Europe. Germany, Austria, Luxembourg, and Liechtenstein have German as the official language. Smoking is banned in public places but drinking Alcohol is still legal. Germany is the second-largest consumer of Beer. It is the world’s fourth-largest economy, highly innovative, and has a strong focus on exports.

Germany is well-positioned as an academic hub. It is one of the top places in the world for research and academic training. Germany places third among the nations with the most Nobel laureates. Three major aspects shape this vibrant hub of knowledge: the dense network of around 400higher education institutions, strong industrial research, and the four internationally renowned non-university research organizations. Internationally, this country is in the top group of those few countries to invest some 3 percent of their GDP in research and development. There are no tuition fees for courses at state higher education institutions. In comparison with other countries, the German education system is in principle relatively well adapted to the needs of the labor market. 87 percent of adults in Germany have a university entrance qualification or successfully completed vocational training. For

international students Germany is one of the five most popular countries in which to study. 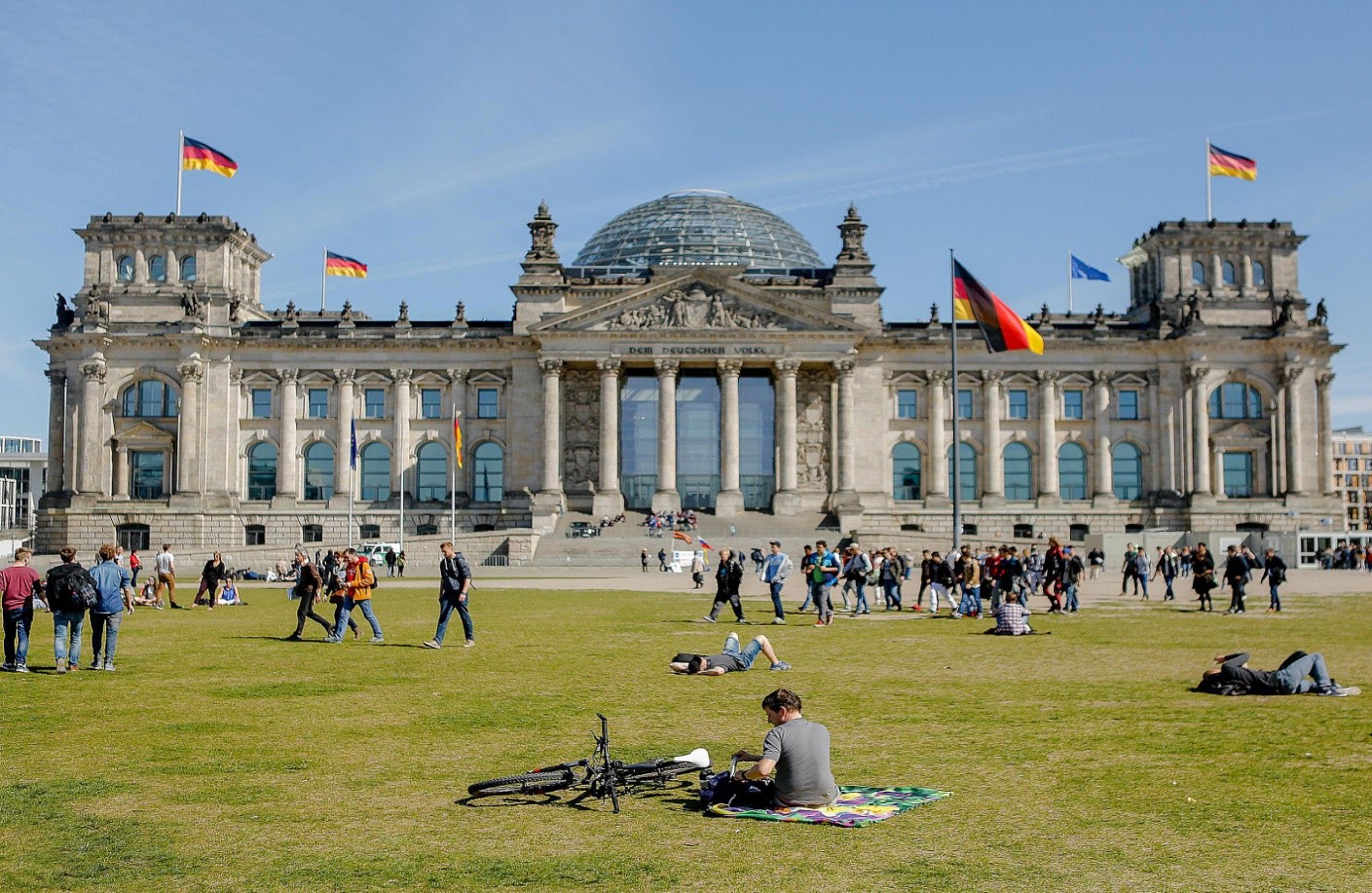 Most of the German universities are public institutions, and students traditionally study without fee payment. The general requirement for university is the Abitur. According to an OECD report in 2014, Germany is the world's third-leading destination for international study. The established universities in Germany include some of the oldest in the world, with Heidelberg University (established in 1386) being the oldest. The Humboldt University of Berlin, founded in 1810 by the liberal educational reformer Wilhelm von Humboldt, became the academic model for many Western universities. In the contemporary era Germany has developed eleven Universities of Excellence.

Reasons for Studying in Germany

There are many great reasons for studying in Germany. Excellent universities offer a wide range of courses, many taught in English. Most courses have no tuition fees, and students should find the cost of living affordable. There is a lot of support available for international students, who will feel welcomed into this fascinating, cosmopolitan country. We will take a look at some of the top reasons for studying in Germany and the benefits that students can enjoy.

Enjoy the advantages of a student visa

With a Student Visa for Germany you have a lot of advantages all over Europe If you are from a non-EU or non-EEA country, you will need to apply for a student visa before you travel to Germany to study. While there can be a lot of paperwork to deal with and it can take a few months for your visa application to be processed, once you receive it you are able to travel and start your studies. You don't normally have to pay for a student visa and they usually last for three months initially. Once you get to Germany you can apply for a residence permit which will allow you to stay for up to two years. This can be extended, if required, to study for longer.

A wide range of courses on offer

German universities and colleges offer over one thousand courses that are taught in English It is recommended to take a few months in order to fully research the courses on offer in your area of interest and find the universities that you would like to apply to. There are various types of courses to choose from, including:

The candidate learns the German language, an online language course in India till B1 Level.

We have degree and diploma courses in which 3 days theoretical and 3 days practical would be held and during courses, candidates will do a part-time Job in which his/her salary would be approximately 900 to 1100 Euro and after completing the course salary would be 2500-300 Euro. Our course fee is 9250 Euro.

We are providing Direct Jobs to Healthcare & Engineering candidates. Language training will be provided from our end. A Healthcare candidate must be a Graduate in paramedical with 60% marks. This training is available for Experienced and Freshers both. During the internship, the candidate's salary would be 1800 - 2200 Euro and after completing the Internship salary would be 2500- 3000 Euro.

This is a one-year program for Doctors who have not cleared MCI/FMGE/NEST exams. Candidates have to learn the German language till B2 Level, candidate can do odd jobs and need to clear FSP exam for Provisional Licence then can work as a Junior Doctor, during Internship their salary would be 1800- 2200 Euro after Internship candidates have to clear KP exam thereafter they can get Permanent License of that country. Thereafter their salary would be 4000-5000 Euro. These Doctors can work anywhere in Europe apart from the UK. The fee for this course is-

Candidates can also do Bachelors's or Masters's from the Public University of Germany but a Block amount (10,236 Euro) is required. 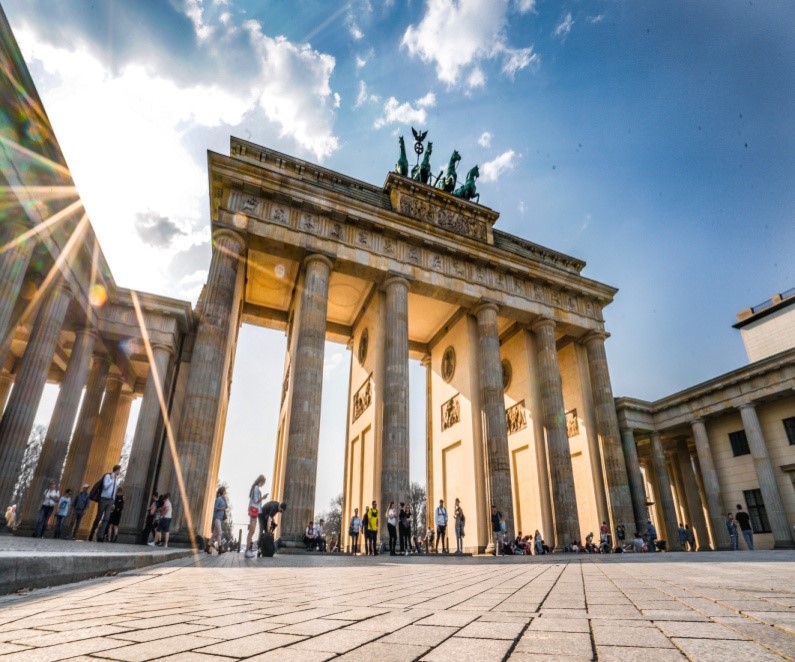 Education in Germany ranks highly in Europe and around the world Many of the country's 400 higher education institutes are placed in the top 20 in Europe and the top 100 globally. Five of the highest ranking universities in Germany are the Technical University of Munich (TUM), Ludwig Maximilians University (LMU) Munich, Heidelberg University, Karlsruhe Institute of Technology (KIT) and Humboldt University Berlin. Germany as a whole places great value on education and this is reflected in the high-quality teaching seen in the country. International students can experience the excellent quality of the education on offer through English-language courses. Degree courses are constantly updated to meet the changing business world. Students are given the opportunity to utilize cutting-edge technology and the latest research to ensure they are ready to enter the world of work after graduation. 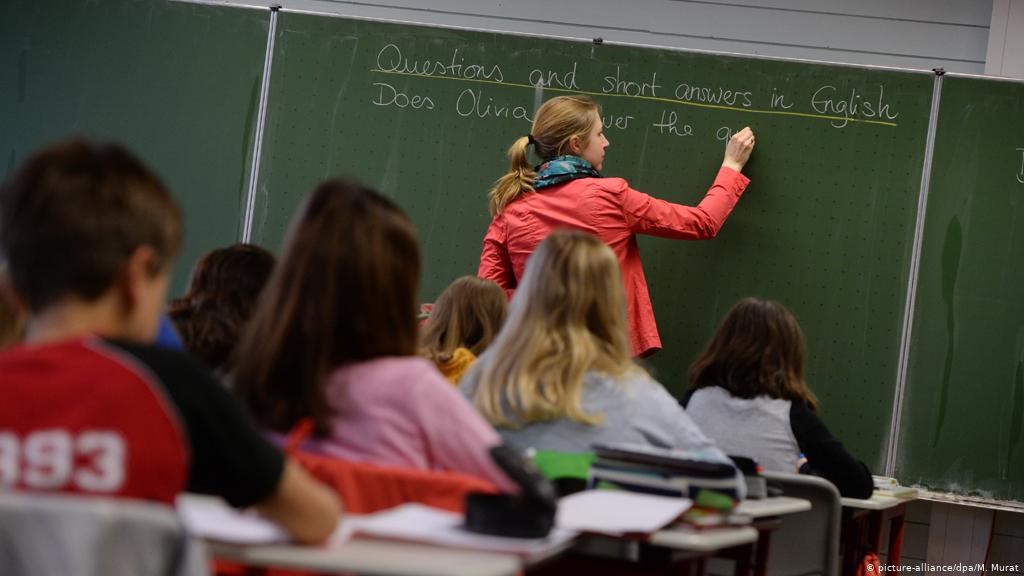 You can study every subject in English

You don't necessarily need to be able to speak German to study in Germany Of course, it is still important to learn some German, as you will be living in the country for a few years. There is a wide range of courses available that are taught in English. So, as long as you can speak and understand a reasonable amount of English, there are plenty of courses to choose from. By studying in English your language skills will automatically improve as you learn. You will also start to pick up the German language as you speak to other students and staff at the university. It is a good idea to take some German lessons too, as it is always useful to be able to communicate with people and understand the writing you'll come across in everyday life. Studying in Germany is an excellent way to meet people from all different countries and cultures. Courses are popular with international students from all around the world, so whether you are studying medicine, engineering, or history, you will find friends with lots in common. 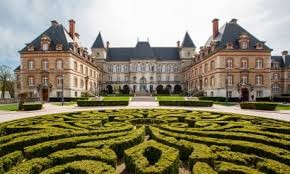 There are over 350,000 international students in Germany and that number rises every year. It's fair to say that this is a popular location for foreign students. The International Office and Studentenwerk at your university can offer assistance for your studies and living arrangements. When you receive your residence permit you are then granted the freedom to travel around the Schengen area. This area includes many countries in Europe, giving you the opportunity to see all the famous sights and experience a variety of cultures.

Germany is an interesting country

There are so many benefits of studying in Germany in addition to the education you will receive. The unique culture of Germany offers visitors incredible new experiences and the chance to join in with festivals and special celebrations. You can learn about the country's history and explore the diverse modern society of today.

Most universities are located in or around cities with all the modern amenities you would expect, restaurants, bars, cafes, and stores. With excellent transport links, you can travel around and see much more than just the area surrounding your university. Living in Germany is probably unlike what you are used to in your home country. Take every chance you get to explore this unique country and you will learn so much. The varied architecture seen throughout Germany tells of the different eras that the country has seen. You can find Roman ruins, Gothic cathedrals, and Renaissance castles and palaces. In addition to the fascinating history and culture, Germany offers breathtaking landscapes. There are 16 national parks located throughout the country so that no matter where you live you are never far from a place of outstanding natural beauty. 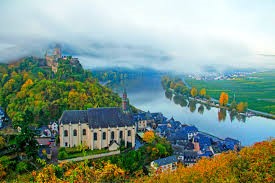 Most of Germany has a temperate climate, ranging from oceanic in the north to continental in the east and southeast. Winters range from cold in the southern Alps to mild and are generally overcast with limited precipitation, while summers can vary from hot and dry to cool and rainy. The northern regions have prevailing westerly winds that bring in moist air from the North Sea, moderating the temperature and increasing precipitation. Conversely, the southeast regions have more extreme temperatures. From February 2019–2020, average monthly temperatures in Germany ranged from a low of 3.3 °C (37.9 °F) in January 2020 to a high of 19.8 °C (67.6 °F) in June 2019. Average monthly precipitation ranged from 30 liters per square meter in February and April 2019 to 125 liters per square meter in February 2020, Average monthly hours of sunshine ranged from 45 in November 2019 to 300 in June 2019.

Germany is the ninth most visited country in the world as of 2017, with 37.4 million visits. Berlin has become the third most visited city destination in Europe. Domestic and international travel and tourism combined directly contribute over €105.3 billion to the German GDP. Including indirect and induced impacts, the industry supports 4.2 million jobs. Germany's most visited and popular landmarks include Cologne Cathedral, the Brandenburg Gate, the Reichstag, the Dresden Frauenkirche, Neuschwanstein Castle, Heidelberg Castle, the Wartburg, and Sanssouci Palace, The Europa-Park near Freiburg is Europe's second most popular theme park resort. 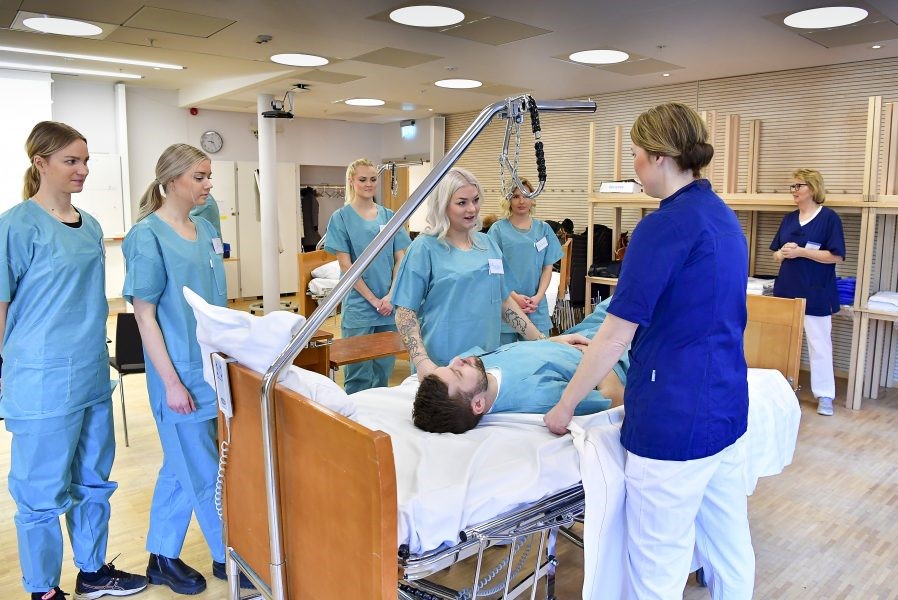 The Hospital of the Holy Spirit in Lübeck, established in 1286, is a precursor to modern hospitals. Germany's system of hospitals, called Krankenhäuser, dates from medieval times, and today, Germany has the world's oldest universal health care system, dating from Bismarck's social legislation of the 1880s. Since the 1880s, reforms, and provisions have ensured a balanced health care system. The population is covered by a health insurance plan provided by statute, with criteria allowing some groups to opt for a private health insurance contract. According to the World Health Organization, Germany's health care system was 77% government-funded and 23% privately funded as of 2013. In 2014, Germany spent 11.3% of its GDP on health care. Germany ranked 20th in the world in 2013 in life expectancy with 77 years for men and 82 years for women, and it had a very low infant mortality rate (4 per 1,000 live births). In 2019, the principal cause of death was cardiovascular disease, at 37%.Obesity in Germany has been increasingly cited as a major health issue. A 2014 study showed that 52 percent of the adult German population was overweight or obese.